R.L. Hall Land Title Company, Inc. is one of the oldest continuously family owned businesses in Wisconsin. The company has long been a part of the history of the Oconto and Marinette counties. Beginning in 1855, six generations of family employees have created a wide base of knowledge and experience in the industry.

The founder, Richard Lewis Hall Sr. moved to Marinette, Wisconsin from Ithaca, New York with his family at age 12. He was a practicing surveyor by the age of 18 and by the early 1850's had laid out many of Oconto County's earliest roads, including the Fort Howard to Menominee Road. Shortly after graduating from a business college in Chicago in 1853, R.L. Hall Sr. began what was then called R.L. Hall Abstract Company on the kitchen table of his home in Oconto. This table is presently on display in the kitchen of the Beyer Home Museum-Carriage House in Oconto.

The company moved from the kitchen table into an office on Main St. and eventually from father to son, R.L. Hall Jr. The company moved to the courthouse shortly after it was built in 1893 and survived the 1907 fire. R.L. Hall Jr. ran the office there until his death in 1950. His son, George E. Hall, known as Jimmy, then ran the company with the help of his wife, Mildred, and siblings.

In 1973, the company moved across the street to 221 Adams St. There, the company honored longtime employee Evelyn Pairsey for more than 60 years on the job. She was quoted in the Green Bay Press Gazette saying

“After the Depression, when the government loaned out so much money to people who really needed it, we were really rushed. We worked day and night, and Saturdays and Sundays too.”
-Evelyn Pairsey, from article “60 Years on the Job Isn’t Enough for Oconto Woman”, Green Bay Press Gazette, Sunday August 6, 1978

After the death of George E. Hall, his wife, Mildred, and nephew, Richard D. Hall, engineer and surveyor, ran the company. Eventually, the county required more space to expand the jail and in 2014, we moved to our current location at 361 Badger Court. Today, Peter A. Stark and David F. Hall own the company, which can now boast over 21,000 abstracts written and more than 25,000 title policies. 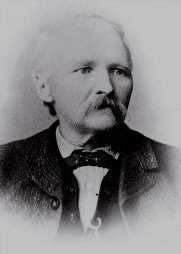 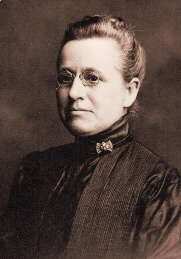 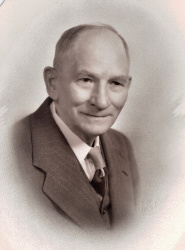 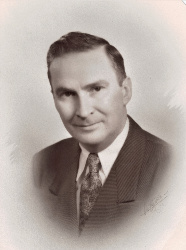 Not just founded on history, we are continuing to move with the times and looking forward to where our company can go in the future. In 2017, our company opened a second full time office in Shawano, Wisconsin. Kaleb J. Hall, great-great-great grandson to R.L. Hall Sr. manages this new office.